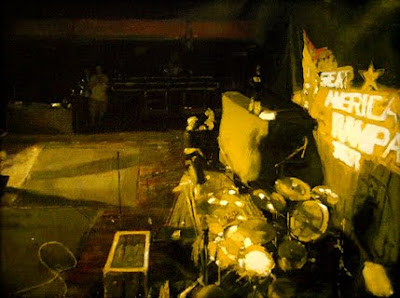 I was a jock in high school. I played football, threw the shot-put, wrestled, and competed in olympic style weightlifting through the Police Athletic League (even came in 2nd place in the 1992 Garden State Games) I loved it. As one who is familiar with competing you become aware of the nervousness and excitement before going into a game. Before this show started I believe the crowd around me was experiencing similar feelings. We all have a lot more in common than we think, despite some of the cultural angst between different groups.